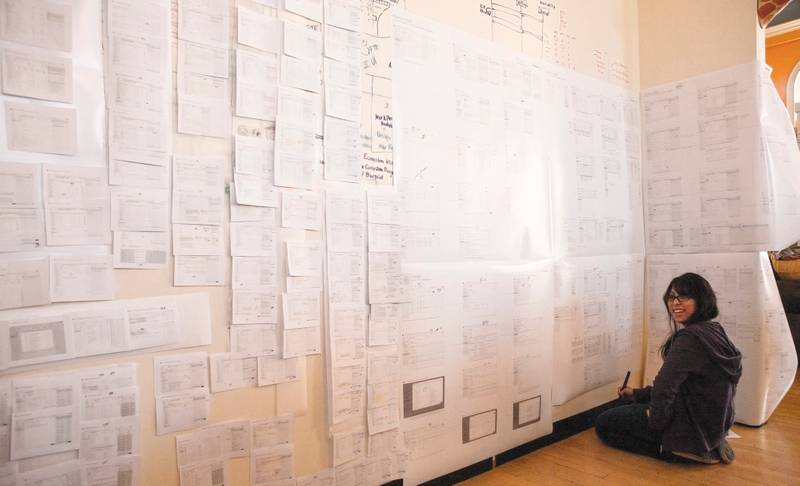 Institutional review boards (IRBs) stand as gatekeepers of medical research, reviewing and ensuring proposed studies are ethical and legal, as they will eventually have a direct impact on long-term patient outcomes. Partners Healthcare, as the largest provider network in Massachusetts1, requires all Partners-affiliated investigators to submit their studies and have them approved by the Partners Human Research Committee (PHRC2). Insight, PHRC's electronic IRB portal, is the central point of ingest and administration for medical research for six major research institutions3. The software and processes suffered from serious usability issues that would impede turnaround times and delay research for weeks at a time.

Starting with the IRB’s most complicated research module, Humans, GoInvo designed a more efficient workflow, introducing usability best practices and created guided experiences to minimize errors in the submission process and increase approval turnaround rates. With these new UX patterns, our team established the foundational design system for the rest of the larger Insight application.

Validated with 91 individuals, from analysts to admins to program chairs to principal investigators, the research and submission stakeholders approved of the designs and anticipated the impending release of Insight 4.0.

To gain a thorough understanding of how the current IRB system worked and identify the depth and breadth of problem areas, the GoInvo team conducted a preliminary round of in-depth interviews, with 65 individuals at 6 research facilities, each who had a hand in the protocol review process. Investigating the end-to-end IRB process allowed us to develop an appreciation for and an in-depth understanding of the people for whom we were designing, how they thought about their work, and the tools they used to get it done.

The team of expert reviewers that make up the IRB

We interviewed IRB reviewers, individuals often with clinical or administrative backgrounds tasked with inspecting protocols for errors or signs of unethical research and ultimately responsible for signing off on the protocols. Many of the reviewers, expedited reviewers in particular, spent a significant amount of their lives within Insight —at least five days a week, eight hours a day, often much more —working with tools that, unfortunately, did not support an efficient review process. On a typical day, a reviewer might need to examine dozens of studies, working closely with the frequently frustrated members of research teams who were trying to push their protocol through, and keeping track of recommendations and instructions for each of these studies over the course of the entire process, which could span several weeks.

More than researchers take part in the submission process

We interviewed key stakeholders made up of research team members, not always clinicians or research scientists themselves. GoInvo worked with staff who supported administration or assisted the PI, principal investigator. These staff would work with multiple protocols from different teams of the same department and needed to collect all the relevant materials and information as part of the submission process, a time-consuming and frustrating activity in and of itself. Such staff were often Fellows, which meant a high turnover rate with fresh faces every season, and a need to get acquainted with the study and tools in a short period.

Use plain language throughout

The initial human research application was lengthy and could grow based on responses. Submitters had a difficult time parsing the language used in questions and instructions, feeling as if they were decoding a puzzle, which added to confusion, often leading to errors or missing information. Troublesome language wasn’t limited to just the protocol submission, but made it difficult to understand where to find certain things or identify next steps.

Make protocols easy to locate based on open tasks

While Insight supported the idea of a protocol as a task to be performed by a reviewer, it did little to address the submitter’s mental model of protocols constituting a project or body of research. Upon logging in for the first time, submitters saw, not their own projects, but the protocols for an entire department or larger, based on the level of access. Researchers or administrators would have to search for their specific protocol by system ID number or titles usually a long and complex description of the study itself.

Open up protocols and make all parts navigable

Protocol information was fragmented, with different parts hidden under multiple layers in multiple locations. Reviewers and submitters alike would often spend a lot of time hunting for specific pieces of the protocol.

The act of submission and review was often an iterative back and forth process, requiring the ability to check previous review notes or comments made in the correspondence, but were not easily accessible or in context. Changes to a protocol were not visible, and a side-by-side comparison was not available. Reviewers got around this by opening up the previous version in a new window to compare against the current version line by line, increasing the time it took to perform a basic review.

Our goal was to reduce friction between reviewers and submitters in addition to shortening the time it takes to prepare, submit, review, and push a protocol to approval. 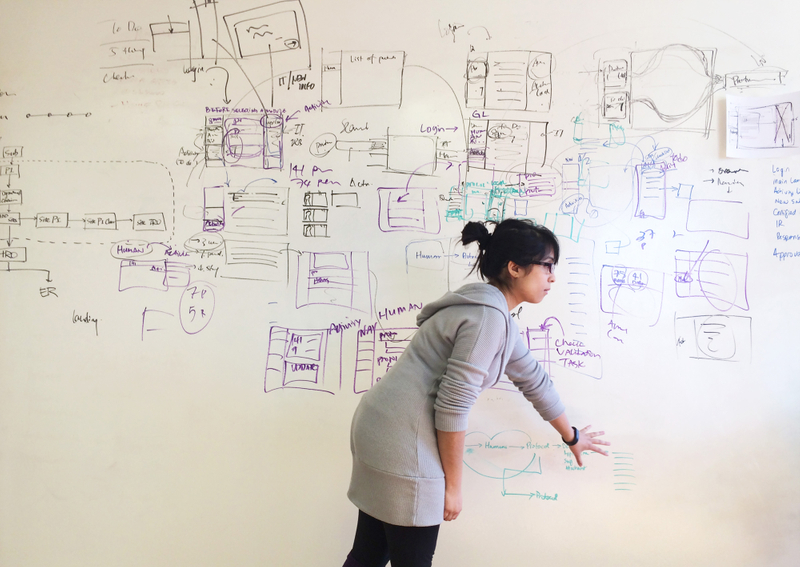 Where is my protocol?!

When a submitter or reviewer logged into Insight, they would want to immediately initiate a protocol or pick up where they left off. The protocol list, dense and populated by all protocols available by access permissions, didn’t make it apparent what protocols you worked on most recently or need attention. To find the protocol you’re interested in, you would need to search by protocol ID number, usually long and not something a submitter mentally associated to a study. To both improve the location of protocols and support the idea of protocols making up a body of research, we grouped protocols by study, sorting them from most recently updated, and using color to indicate status, highlighting protocols in need of attention, improving response time from both the submission and review teams to keep a protocol moving through the IRB, closer to approval. Older protocols or protocols submitters didn’t work with fall to the bottom and out of the way. 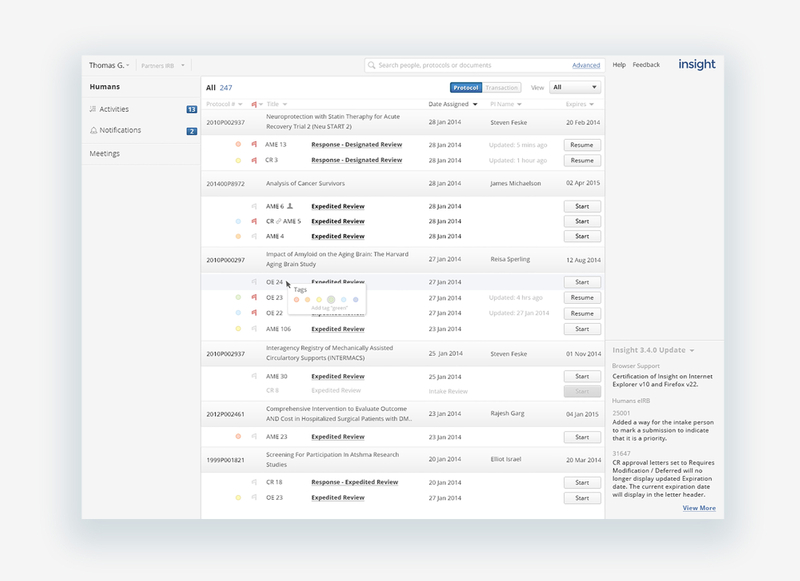 While we were not able to reduce the number of questions and required material in the submission forms, the questions and instructions make use of concise, clear language, following typographic best practices for ease of scanning and readability, paired with contextual help along the way. The application itself is open, navigable to different parts or levels at any point in the submission or review process. Listing forms and marking as they are completed visibly tracks progress as well as sets expectations for the lengthy application, as well as allowing changes or comments to be made in the iterative review process, as the protocol evolves over time. 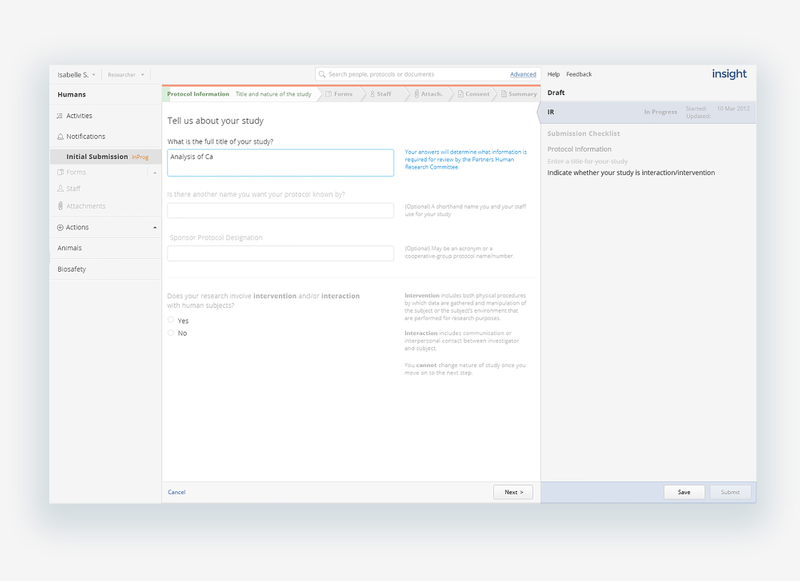 A challenge for the research team was not knowing where their protocol was being held up in the process or why. Making the step and status of a protocol clear and immediately identifiable eliminated both a source of stress and a barrier to improved relationships. Submitters were able to see where their protocol was from the protocol list to the protocol detail itself and dig into the play-by-play history of submission and review, of who had it and when.

Contextual communication on the path to approval

Another cause of tension between the submission and review steps was the lack of clarity around recommended changes. Reviewers left enumerated changes in a text area attached to the protocol as a letter, referencing areas suggested changes should be made, often in different areas of the submission form. Submitters would have to decipher the comments and hunt for the problematic areas. Allowing reviewers to make comments where changes were needed and marking where comments were made in the protocol navigation, reduced significant mental stress and time spent for submitters, and allowed for clearer communication back and forth between submission and review.

Versioning and the ability to access previous instantiations of the protocol went a long way to improving the review process, allowing both reviewers and submitters to view previous versions of the protocol, what changes were made and why. Changes and comments are marked clearly in the protocol navigation, reducing the need to hunt even in a retrospective view. 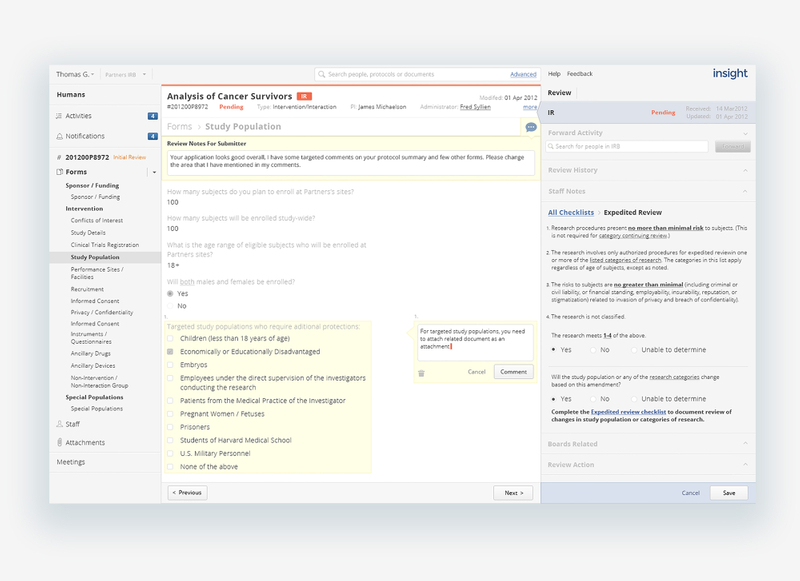 A community of participatory design

In returning to the same groups of reviewers and submitters, occasionally pulling in fresh voices each time, we spoke with 91 individuals overall, collected feedback on the designs and were able to work through tricky situations thanks to their input. During final presentations of the new Insight system, participants came away feeling that they’d been heard and had a responsible part in the design.

As part of participating in the development, we created an inventory of all the screens, cataloged base components and reusable styles and consulted on front-end engineering, UAT, and QA. Currently, Insight 4.0 is now being rolled out to all of Partners research facilities. 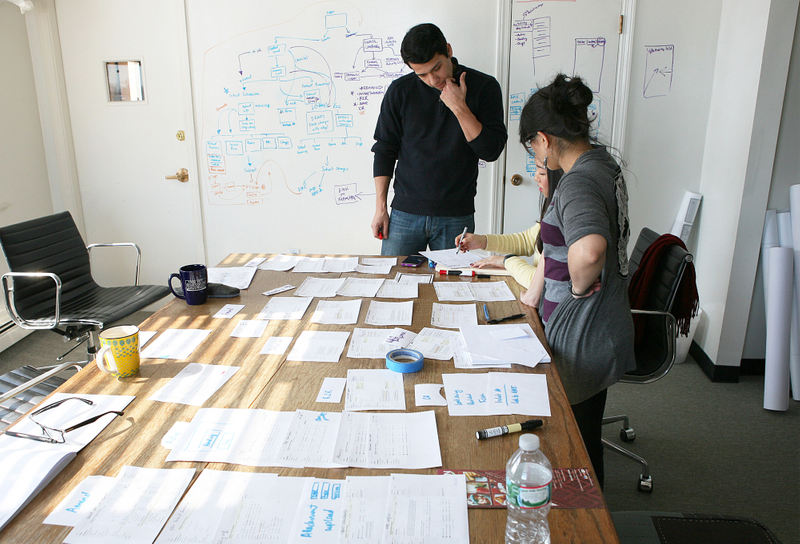 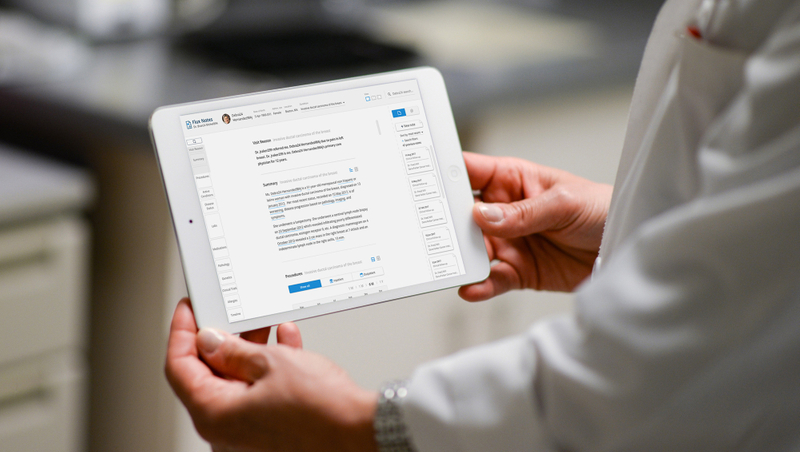 Health Data Capture at the Point of Care

Capturing structured health data at the point of care without increasing clinician burden. 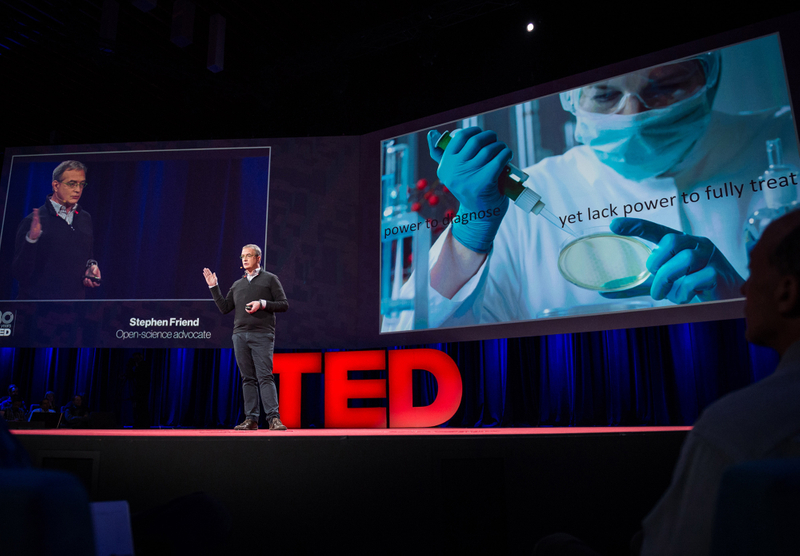 A Search for Unexpected Genetic Heroes

A 50% increase in digital applications means more people are getting the food they need.